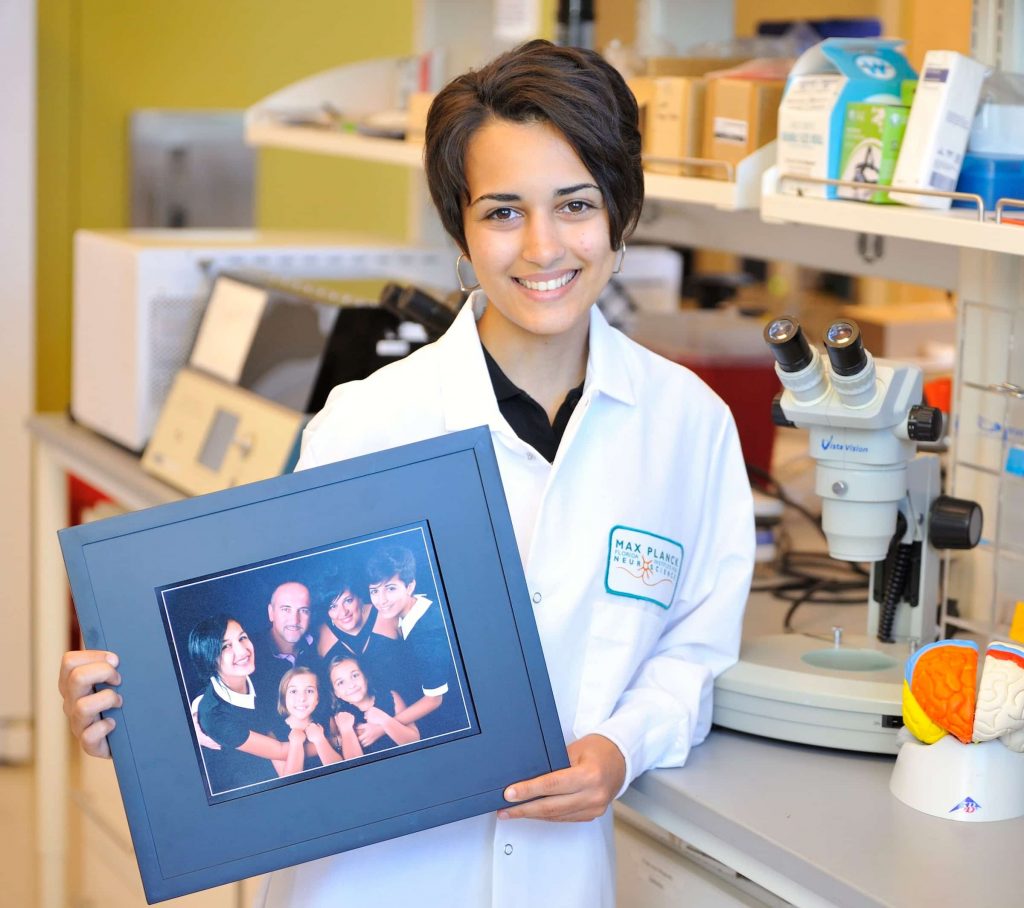 “Mens et Manus” a phrase coined years ago, was adopted by one of the nation’s most prestigious and distinguished Universities, Massachusetts Institute of Technology (MIT). Very simply it translates as “Mind and Hand”. Yet this seemingly simple statement harbors a rather impactful notion, one that was a drastic departure from the status quo of the time. Education at its core should not be for the sole sake of scholarly enlightenment but rather have tangible implications; enabling discoveries and advancements in practical knowledge that directly impact society in a positive way.

A curious, talented high school student embodies the very essence of these ideals. In just a few short months she will be joining MIT’s ranks, quickly becoming an example of what it means to practice “Mind and Hand”.

For most, reminiscing about high school evokes flashbacks of typical milestones and events that were important to the teenage versions of ourselves. The feeling of elation after obtaining a driver’s license and the smidgen of freedom that comes with it. Laughing with friends at Friday night football games. Prom in all of its glory and teenage awkwardness. The stress and anxiety accompanying college applications.

For Claudia Cabral, a senior at Suncoast Community High School and scientist in the making, the snapshot of her high school journey includes some rather extraordinary experiences and accomplishments.

Those that are fortunate enough to know Claudia describe her as bright, driven, personable, a savvy coder and most importantly cognizant and caring of the world around her. While Claudia’s exceptional grades and demanding course load alone are clear indications of her intelligence and determination, it’s what she does in her free time that truly showcases her passions and commitment to making a difference.

In addition to a busy academic schedule, Claudia is president of not one but two charitable organizations focusing on local and extended community outreach. The first named “Hugs and Kisses Club” raises money to assist local cancer patients and the second, which she is also the founder, named “Two Feet Club” tackles a diverse set of social issues in creative ways. Through the combined efforts of these two organizations, Claudia has raised money and promoted awareness for issues like foster care, Syrian refugees, victims of domestic violence and people with mental disabilities to name a few. Even at her young age, the drive to make a positive impact in her community is evident, a sentiment she describes as “just a part of who I am.”

This past November Claudia was recognized as a “Future Lady of Grace” by the Bethesda Hospital Foundation for her outstanding work in philanthropy. Due to her remarkable accomplishments and merit, Claudia was selected as 1 of only 6 interns to participate in the 2017 High School Summer Research Program at Max Planck Florida Institute for Neuroscience (MPFI).

Each summer MPFI offers aspiring, young scientists an immersive laboratory experience where local students have the opportunity to work side-by-side with world class neuroscientists. As a part of the six-week internship, students along with their mentors, design and execute a high-level research project that culminates into a presentation of their work at the end of the summer. Interns gain a first-hand insight into brain structure and function, scientific collaboration and the cutting-edge techniques and advanced imaging technologies that MPFI scientists use every day.

This immersive program at MPFI wouldn’t be possible without the generous support and funding from the J.M Rubin Foundation, the Celia Lipton Farris and Victor W. Farris Foundation, and the Gertrude E. Skelly Charitable Foundation which support students in their exploration of science and help to cultivate the next generation of future scientists.

After participating in the MPFI internship, students continue their education at some of the most elite universities, further developing their skills in outstanding STEM programs across the nation.

Dr. David Fitzpatrick, CEO and Scientific Director of MPFI thoughtfully remarked that “I don’t believe that the brief few months working in the labs at MPFI are the main reason our interns were accepted to such prestigious universities, the students were already exceptional to begin with. We just know how to pick them.”

Poised and articulate, Claudia delivered an engaging final presentation on her work in the Schummers’ lab studying the phenomenon called visual contrast adaptation. This process describes the brain’s ability to acclimate to new surroundings and respond quickly to any changes in it. Although studied previously, the exact mechanisms that drive this process are unknown. Through her work, Claudia both engineered a computational algorithm that could precisely model the events as well as proposed astrocytes as being the cell type responsible.

In that moment, detailing the intricacies of relevant scientific theories, obstacles encountered and innovative solutions developed, it would be hard to think of Claudia simply as a high school student and not a seasoned graduate level researcher.

A common thread linking Claudia’s collegiate future, her internship and the ideals she advocates every day, is another visionary. Alexander W. Dreyfoos a graduate of MIT, board member of MPFI and unwavering supporter of the arts and sciences, champions the very same principles that Claudia does.

“The core values of MPFI align very closely to my own and the ideals of MIT that resonated with me while studying there. I have kept them with me ever since.” -Alexander W. Dreyfoos, Chairman of the Dreyfoos Group.

Moving forward with her education at MIT and beyond, Claudia sees herself as a biomedical engineer and neuroscientist, innovating technology to help treat people with movement disorders like Parkinson’s, ALS and essential tremor. Staying true to her philanthropic side she hopes to continue public outreach, engaging in speaking and fundraising events, giving back to her local communities and abroad. There is no one better suited than Claudia to take up the mantle of the simple but profound motto “Mens et Manus”.